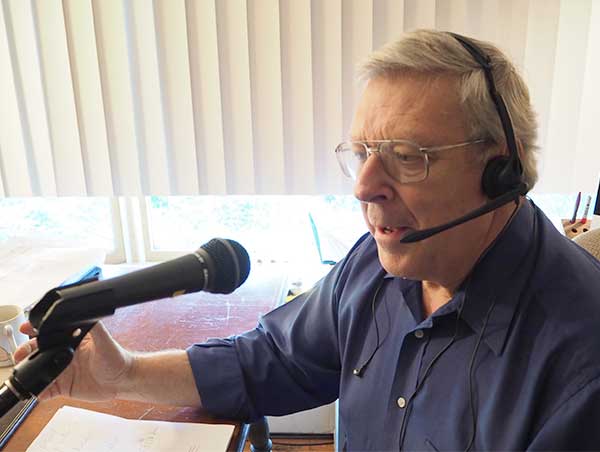 Bart Jackson is asking the questions you need answered – and he is getting those answers from the people you need to know.

He is the quintessential curator of business guidance wrapped in a straightforward but incorrigibly humorous persona. (He refers to himself as “The Hieronymus Bosch of Business.”)  Ask him about your latest leadership or workplace challenge and his response will take you on a wild ride, quoting from the classical poet Homer, Google’s Eric Schmidt, and a yak herder he trekked with in Mongolia. He may toss in a business quip then sum it up with some practical common sense.

Schedule Bart to be a speaker

What happens when this veteran business journalist sets down his pen and is allowed to speak into the mike?

Well, after we were able to staunch the juggernauting gush of old wisdom, new jokes, and often-believable anecdotes, we found some real gold.  Bart’s 30 years spent conferring with everyone from the Dalai Llama to crab fishermen in Tierra del Fuego, his convivial and appreciative nature, and his surgically selected words make him a master interviewer.  He draws out hilarity from accountants, philosophic wisdom from paralegals, and the true motivations propelling CEOs.  And it’s all in fun.

On The Art of the CEO Bart maintains his lifelong merry mission: to bring to light today’s foremost business leaders, and share their strategies, blunders, and unique personalities. This quest has traipsed him ‘round the globe and resulted in his publishing thousands of journal articles worldwide.  He’s authored a dozen books, including Behind Every Successful Woman Is Herself, WhiteWater – Running the Wild Rivers of North America, 101 Best Business Quips, 102 Best Business Quips, The Garden State Wineries Guide, So That’s How They Do It – Tactics of Business Masters, and The Art of the CEO (which inspired the show.)  Bart currently serves as founding CEO of Prometheus Publishing, and its division BartsBooks Ultimate Business Guides.  Previously, he founded Biz4NJ, the New Jersey online business journal.

Still, the main challenge in letting an old journalist speak on radio is finding the off switch. We just can’t seem to stop those blindsiding business quotations or those wry business quips and ponderful afterthoughts which spin out of his detritus-filled mind.  But that’s our problem – not yours.

Bart lives in Cranbury,  New Jersey with his astoundingly tolerant wife Lorraine.  Together they may be found paddling their canoe, riding their tandem bicycle, or tending their vineyard which produces their Château Bonne Chance wines.

About The Art of the CEO Radio

“Bart has a wonderful use of language – terrific!”