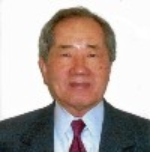 Key Han says Yes we can have clean, renewable, cheaper – yes, I said cheaper – energy with out the pollution of fossil fuels or the genocide of fracking. All it takes is 30 years of genius and sweat from this amazing mechanical engineer. Like most revolutionary inventions, when you hear it explained, you will be dumbstruck by its sleek simplicity and walk away wondering, “why hasn’t anybody thought of this before?” What if, instead of building huge dams with thousands of tons of costly concrete, and fighting Nature’s free flowing waters, you simply submerged turbines in that water and employed the natural ocean and river flow to provide for our planet’s $8 trillion worth of energy needs? Simple as replacing horses with an internal combustion engine. Now, as CEO of his own firm Differential Dynamics, Inc, Key is spearheading this new generation of energy production.

Previously, Key served in senior manager for Bendix HVS and for General Electric, where he invented a variety of components for everything from appliances to military weaponry. His is the inventor of the Transgear gear assembly motion control, and holds 38 patents.
To learn more about Key Han, visit www.ddmotion.com