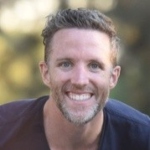 Rick Newcombe had the utter nerve to launch Creators Syndicate in 1987 and insist that his client artists maintain control of their own material (breaking the syndication-ownership tradition set by William Randolph Hearst 80 years earlier.) Muscling through the controversy, Rick raised Creators to become the nation’s top syndication firm. He gave international voice to such clients as Ann Landers, Hillary Clinton and Hunter Thompson, along with the comic strip authors of Andy Capp, Wizard of Id, and B.C. Passing the Creators’ General Manager’s helm to son Jack in 2009, has afford father Rick to take an advisory role, plus pen a book about his lifelong passion, The Magic of Lifting Weights. ‘Tis a personal tale laced with valuable guidance for anyone concerned with a healthier life.
Jack Newcombe, prior to taking the reins of Creators, gained his training by working with Goldman Sachs, then earning his MBA from Stanford University. Assessing the downward spiral of pint media, on which Creators had heavily depended, along with the proliferation of digital media technologies, Jack has been able to pivot his firm’s operations, gaining strong footholds in both camps. In addition to adding a book publishing arm to Creators, the ever-entrepreneurial Jack has also founded Newcombe Real estate, LLC and New & Co Software firms. And following the family athletic traditions, Jack was captain of the Georgetown University varsity crew.            To learn more about Creators visit: www.creators.com