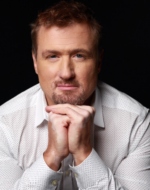 David Farrow is the gentleman with the memory everyone envies. According to The Guinness Book of World Records, Dave is the only person capable of correctly memorizing the order of 59 decks of cards in a single sitting. And the system he has developed has caught fire with over ten million purchasers seeking to learn how to better remember names, cards, Bible verses, and enrich their lives.
Farrow products are booming, but that’s only part of the story.

Dave cultivates his agile and aggressive mind that climbs up the shoulders of giants, and, by insightfully studying their knowledge, rises higher by creating new innovative systems. While most world record holders find an occasional cash-in on their talents, Dave has turned the art of promotion and skill-monetizing into a system as clever and original as his self-forged memory techniques. Founder of Farrow Communications, Dave now passes that that business strategy onto his clients. What’s next? The next time you look in a store window and see the manikin dancing, it may just be Dave’s robot-building hobby come to profitable fruition.
To learn more about Dave Farrow, visit www.farrowcommunications.com